...
As maybe many of you know, I love the Egyptian Army. In fact is my favorite subject ever. Doens't matter Six Days War, Yom Kippur or modern ones, it is what make me happy. When I saw for first time the new AFV M109, first thing I thought is to make it under Egyptian army. I searched many pictures of it but where I found the real inspiration was inside a Egyptian propaganda video where I found the M109 in blue platoon colors. Egyptian used bright colors to identificate the units in their maniouvers, such yellow, black, white, orange, red or blue. In this case, the tactical simbols was also blue in combination with the air identificators. It was very original to my eyes, so, I decided to make this versión. There are camouflaged M109s in 3 colors, but I have only 2 bad quality pictures of them, so...the light sand versión was the "one" definitly.
The model was build in AFV CLUB HQ in Taipéi, so, I decided to "don't touch" any part of it, just paint it. It was a pity from one side, because the clear parts was necesarly lost because were already glued, like headlights, periscopes or visor.I just remplaced the tracks for another in metal. So, we can say that this kit is totally 100% out of box. Of course I added the license plates, the most important thing in any egyptian vehicle. But of course I must say that the kit is absolutly perfect under my point of view, so...just put in the trash the old Italery kits, because they will look like a plastic toy near to this incredible new kit.
The model was enterly painted with AK Interactive acrylics, weathered with the AK enamel products, pigments and oils. 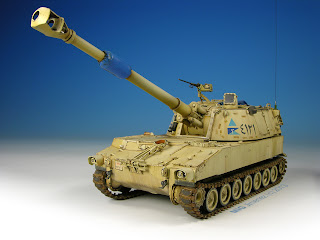 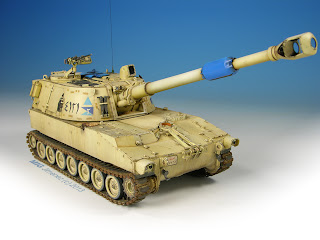 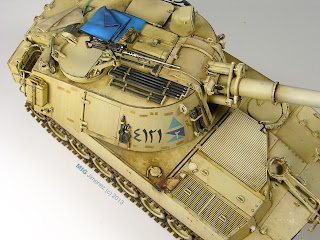 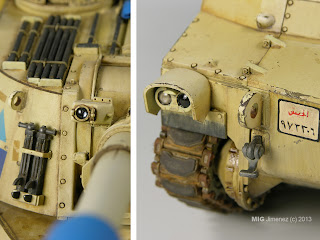 Frontal headlights was painted by hand and adding X22 from Tamiya and SMOKE. The turret visor is a lense from AK Interactive. 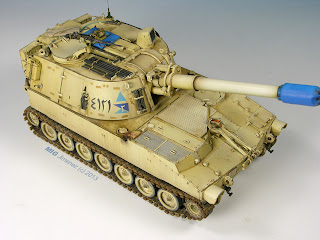 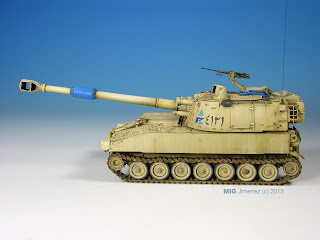 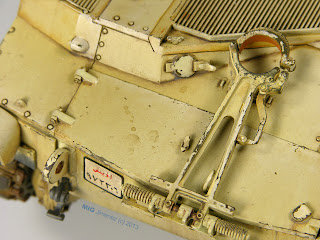 The oil drops were painted with AK FRESH ENGINE OIL and a small brush diluting the product with White spirit. 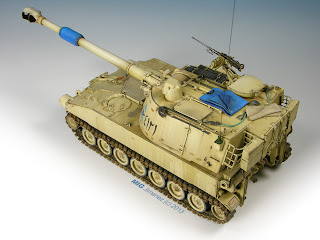 Some important aspect in this Egyptian versión is that all tools were painted in black color. Like a curiose thing, note the light blue-green town cable. It can be painted in this color or even PINK!!! 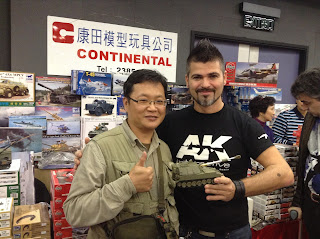 Few months ago, Mr Tseung, president of AFV Club from Taiwán, offer me his pre-serie kit to be painted by my self. It was a big honour to me so now, it is dedicated to him. I hope you like it Mr Tseung. 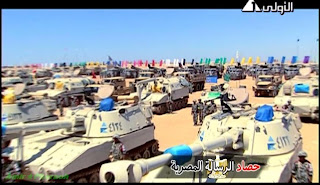 SPECIAL THANKS TO MILINME.WORDPRESS.COM
To take inspiration for my Egyptian M109, I used many photos from this great place: http://milinme.wordpress.com/
Many of the effects in my M109 was based in similar ones on M60s, M113s and many other vehicles. 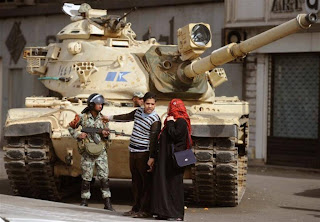 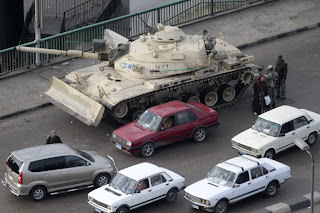 Also, I want to deciate this model to the Egyptian Army from my heart. It is my passion and I have spent hundries of hours just searching and learning from their battles and vehicles.
Thank you very much
Mig Jimenez
SPAIN

Published by MIG Jimenez at 6:40 PM